As an author, there are several steps we must learn along the way with respect to having someone look at our work. It is not enough to be a good writer. I have had the opportunity to sit with writers who were presenting their work and I have drawn up a list of things that a writer, young or old, should pay attention to:

This item has posed a significant problem for many authors who sit before an audience and try to explain what their story is about. They understand their work but seem to forget that their audience may not be familiar with their story. Authors sometimes begin to tell the story and what happens is they lose their audience. Summarize is the key word when planning to present your work to an audience. Every student planning to write a story should learn how to do this. You should be able to take an 86,000+ word story and summarize it in 250 words or less.

Outlined below are the 4 items given for The Planet Star– Unfolding Prophecy:

For centuries man’s desire to explore the vastness of space has been nearly as strong as his need to survive. It is our unquenchable thirst, that ‘ungraspable phantom of life’ element which keeps man searching for knowledge of the universe around him. Although few have traveled beyond the earth’s perimeter, the larger majority cannot begin to fathom the experience. We are forced, then, to create worlds which enable us to project ourselves into eternity with a single thought. Because of the limitations in knowing what creatures exist outside, we love to think that we are, in fact, the heroes and heroines of the universe.

The purpose of the book is to simply tell a story such that the reader is not only drawn into the adventure, but also experiences it dynamics long after the final chapter has been read. Though the book may be classified as a “science fiction/fantasy”, it would not be inappropriate to identify it as an adventure in which science and technology are functions of time and place. In any event, science, adventure, fantasy, and romance are all elements contained therein yet one does not necessarily transcend the other.

The proposed manuscript is different from most science fiction novels in that the heroes are not the very young. Exciting adventures do happen to people over thirty. In many ways, the nature of the characters in the book parallels our own society. For instance, one of the main characters is a thirty-eight-year-old woman with a six-year old son. She is a well-educated professional person and a single parent. The hero is a slightly older, well-established male with no family of his own.

Thematic Question:If events were permitted to occur naturally, would prophecies become realities? Can a prophecy be changed by manipulating events? Perhaps prophetic revelations come to fruition when a sequence of events is manipulated, and that prophecy is, in fact, contingent upon those alterations.

A young widow leaves her home planet, heading out into the galaxy to a planet that will help her to reestablish not only her life, but also that of her young son. Unknowingly, she enters the snare of an evil lord who has, for many decades, been searching for “the prophesied widow”, whom he believes holds the key to The Planet Star that would destroy his empire. Shortly after the widow and her son arrive at their destination, they are brutally kidnapped by those in collusion with the evil lord, but his plans are foiled when his archenemy, King Ewlon, daringly rescues the widow and her son. Together, the King and widow cross the galaxy to his home planet and to his home which is the only place The Planet Star can be activated. However, their footsteps are continually dogged by the evil lord and his minions.

Footnote: Throughout most of the book, the widow is unaware of the fact her rescuer is a king. 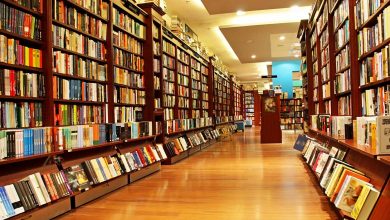 Marketplace for Your Book